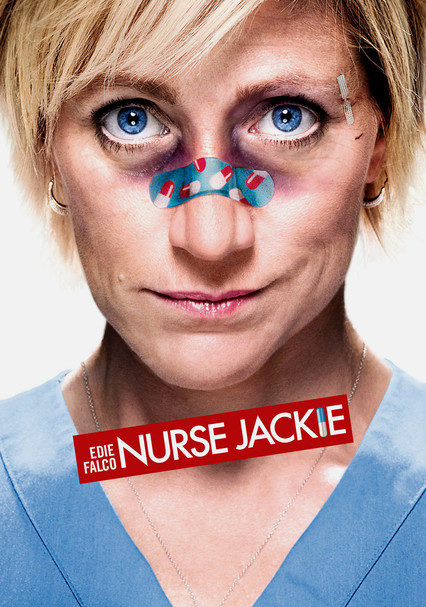 2009 TV-MA 7 seasons
Edie Falco anchors this acclaimed dramedy as Jackie Peyton, a far-from-perfect but dedicated ER nurse who works in a hectic New York City hospital and relies on pain meds to get her through her exhausting days.

Edie Falco stars as feisty emergency room nurse Jackie Peyton, who boldly navigates the storm of patients, doctors, fellow nurses and her own demons at a New York hospital -- occasionally with the aid of unprescribed prescription drugs.

Showtime's series returns for a second season as abrasive, assertive Jackie Peyton (Edie Falco) continues to juggle her high-pressure job as an ER nurse, her volatile relationships with the hospital staff and her addiction to painkillers.

After the fiery second season finale, harassed ER nurse Jackie tries to repair her relationships with her wounded husband, Kevin, her pharmacist lover, Eddie, and the drug dealer she ripped off -- all while falling deeper into her Percocet addiction.

This season, Jackie comes to realize that both karma and sobriety can be a bitch. In addition to finally confronting her addiction, Jackie's street smarts and sardonic wit are tested even further by an ambitious new hospital administrator determined to run a tight ship and keep Jackie in line.

Pushed to her limit by her boss at the end of the previous season, Nurse Jackie finds herself fired from her job at All Saints Hospital. But neither Jackie's friends nor her addictions are done with her, and Season 5 brings more karmic justice.

After she relapses on her one-year anniversary of sobriety, it's anyone's guess whether Jackie will turn to pills or peers for a lift in Season 6. Edie Falco continues to dazzle with her portrayal of the brainy but bruised emergency room nurse.

Facing the nightmare of imprisonment after her arrest, Jackie also has her nursing license suspended and worries that her friends are beginning to step away from her when she needs them most.