O.J.: Made in America 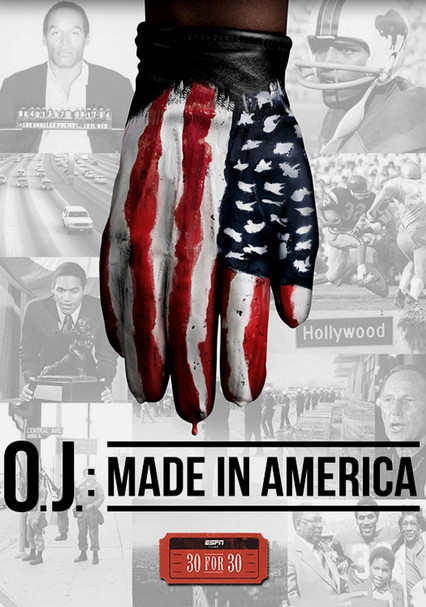 O.J.: Made in America

2016 NR 3 discs
O.J.: Made in America is an essential examination of the rise and fall of Orenthal James Simpson, and parallels between his incredible story with that of race in America. This critically-acclaimed documentary series reveals how he first became a football star, why America fell in love with him off the field, what happened in the trial for his ex-wife's murder, and finally, why he is now sitting in jail for another crime 20 years later. His is a story that divided America like few things before or since, and it is perhaps the defining cultural tale of twentieth-century America.