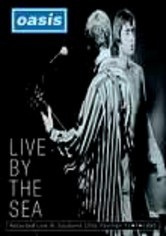 2002 NR 1h 22m DVD
Recorded live at Southend Cliffs Pavillion in April 1995, Oasis augured in a "wall of sound" the likes of which Britain had rarely heard -- and it's captured right here on this scintillating disc. Tracks include "Rock 'n' Roll Star," "Digsy's Dinner," "Some Might Say," "Live Forever," "Up in the Sky," "Acquiesce," "Headshrinker" and many more of the band's seminal tunes. Also includes the "Rock 'n' Roll Star" and "Cigarettes and Alcohol" videos.