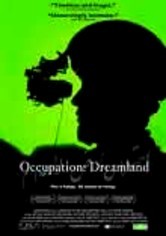 2005 NR 1h 18m DVD
Following a unit of soldiers from the 82nd Airborne Division who are stationed in Iraq in a camp they've dubbed "Dreamland," filmmakers Ian Olds and Garrett Scott capture the humanity of conflict through the men and women who live it, taking you into the heart of an unfamiliar country where casualties are high. The result is an eye-opening film with no preconceived agenda that simply tells a story about war.