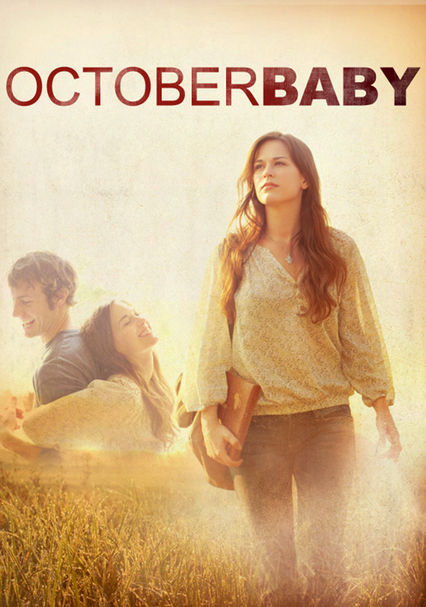 2011 PG-13 1h 44m DVD
Stunned and angered by the truth of her birth, college freshman Hannah sets out on a spring break road trip with her best friend Jason and a band of misfits to discover who she is, where she came from and where she will go from here.

Parents need to know that October Baby isn't meant for young or sensitive kids. It focuses on very heavy issues that parents are likely to want to discuss with teens who watch: family deception, the would-be grim consequences of a failed late-term abortion, and a young woman's struggle with anger and depression. In a particularly disturbing scene, a witness recalls the graphic details of the abortion attempt. The filmmakers (brothers who wrote, directed, produced, shot, and edited the movie) bring a clear Christian point of view to the material; after a dizzying array of complications, everything is resolved through faith and a devotion to religious values. Despite October Baby's subject matter, there's no sexual activity; there's also no swearing or offensive language, no on-camera drinking or smoking, and no violent action.

A clear effort is made to show that the teens involved aren't sexually active. But the story is propelled by an unwed teen pregnancy that led to a late-term abortion years earlier.

One disturbing scene in which a medical nurse graphically describes a late-term abortion that had catastrophic results.

For those in the pro-life community, October Baby has positive messages, though it promotes that message in an emotional way that may or may not be appropriate for all families. It also promotes forgiveness, acceptance, honest communication, and learning to trust again after betrayal. Characters find faith-based solutions to their problems.

One young man suffers from a hangover and black eye after having had a drink called a "hand grenade." He remembers little except that he was picked up by police for disorderly conduct. The leading character takes prescription drugs for legitimate medical issues.