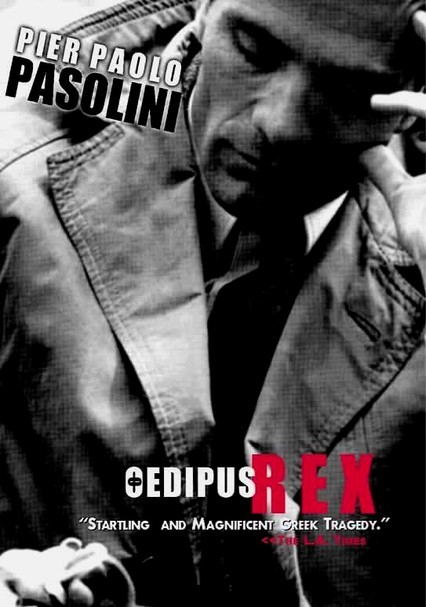 1967 UR 1h 50m DVD
Pier Paolo Pasolini alters Sophocles' classic Greek tragedy for the big screen, shifting scenes between the heat of the Moroccan desert and the streets of pre-war Bologna, Italy. Fleeing from an oracle's prophecy that he will kill his father and marry his mother, young Edipo (Franco Citti) leaves his place as the adopted son of the king and queen of Corinth. But is his fight with a strange man on the road a mere scuffle or a matter of destiny?