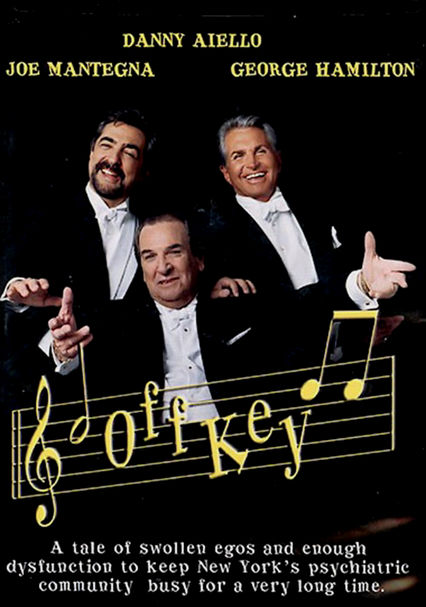 2001 NR 1h 58m DVD
Three world-class (and egomaniacal) opera singers (Joe Mantegna, George Hamilton and Danny Aiello, in roles inspired by the real-life "Three Tenors") break up their act after one of their performances bombs. Later, Ricardo (Mantegna) learns of his estranged daughter's plans to marry Armand (Hamilton). Seeing an opportunity to recapture the group's former glory, Ricardo sets out to reunite the trio -- and to persuade his daughter not to marry.