Off the Grid: Life on the Mesa 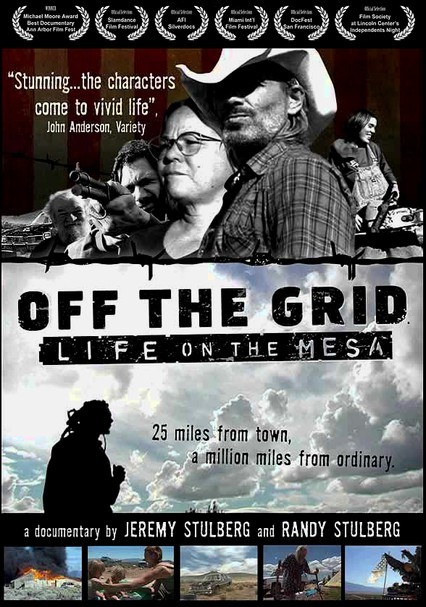 Off the Grid: Life on the Mesa

2007 NR 1h 4m DVD
This engrossing documentary examines the unusual and often conflicted lifestyle led by a ragtag collection of teenage runaways, veterans, dreamers and political radicals as they scratch out an existence in the remote New Mexican desert. The residents may share a vision for a new way of life, but filmmakers Randy and Jeremy Stulbert don't shy away from the collective's underside, such as the steps taken to stop a series of robberies on the mesa.