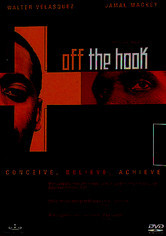 2000 NR 1h 43m DVD
Opposites sometimes attract -- and detract at the same time. Walter (Walter Velasquez) and Lorenzo (Jamal Mackey) are the two members of an up-and-coming rap duo. Walter studies at a local community college and coaches a kids' baseball team in his spare time. But Lorenzo deals drugs to support himself and tends to settle matters with his fists. Tensions between them grow when Walter begins dating Lorenzo's sister, Narine (Pamela Johnson).