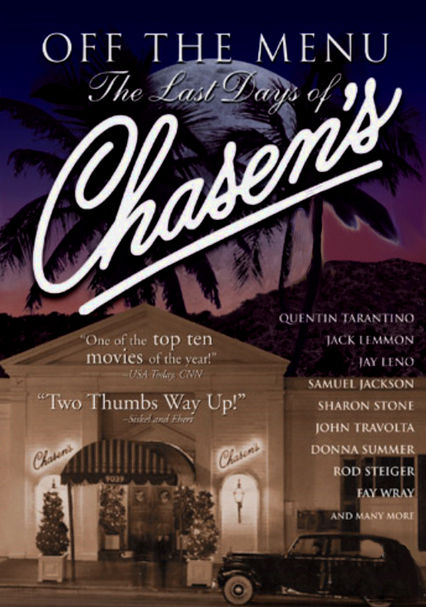 1997 NR 1h 30m DVD
This amazingly candid, affectionate documentary chronicles the closing of legendary L.A. restaurant Chasen's, which shut its doors in 1995 after 60 years of serving its famous chili (among other entrees) to movie stars, presidents and other VIPs. During its two final weeks, Chasen regulars, management and staff (including waiter Tommy Gallagher, a longtime fixture) gave interviews where the anecdotes flowed as freely as the wine.