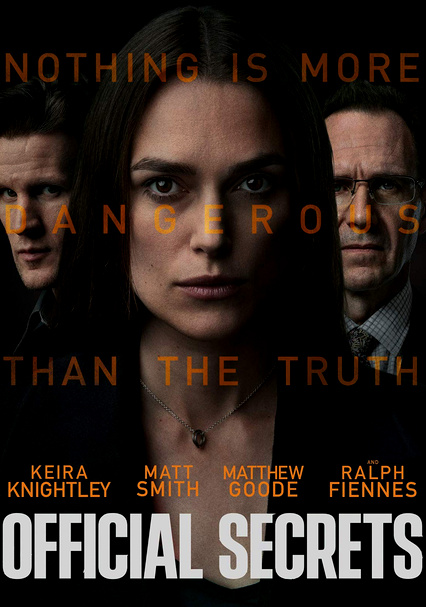 2019 R 1h 52m DVD
In 2003, British intelligence specialist Katharine Gun received a memo with a shocking directive: collect blackmail worthy information on UN council members to force the vote for the invasion of Iraq. Unable to stand by and watch the world rush into war, Gun makes the decision to leak the memo to the press, igniting an international firestorm that would expose a vast political conspiracy and put Gun in harm's way.