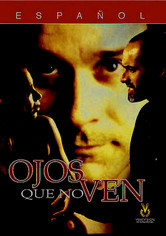 2003 PG-13 2h 30m DVD
Director Francisco Lombardi's powerful political drama unveils the widespread web of corruption that permeated Peruvian society in the 1990s. A series of videotapes exposing unethical conduct at all levels of government and business led to the fall of the president's regime. It's against this backdrop of political scandal that Lombardi sets his film, interweaving six parallel stories that record the dark days of a country in moral crisis.