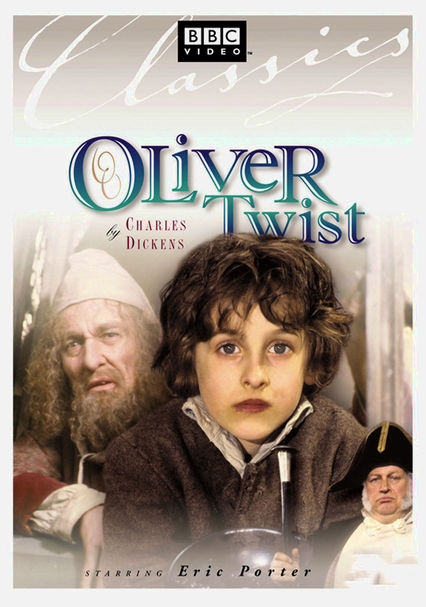 1985 NR 1 season
This lavish miniseries adheres closely to Dickens's classic novel about an orphan named Oliver who falls in with pickpockets in 1830s London. Though Oliver dreams of a better life, the city's seamy underworld threatens to destroy his future.

This memorable BBC miniseries retells the timeless tale of Charles Dickens's Oliver Twist (portrayed at different ages by Scott Funnell and Ben Rodska), a plucky orphan boy who escapes the horrors of a workhouse, takes up with a pint-sized pickpocket (David Garlick) and makes friends -- and enemies -- in the London underworld. When he's rescued by the kindly Mr. Brownlow (Frank Middlemass), it's only the beginning of Oliver's adventures.