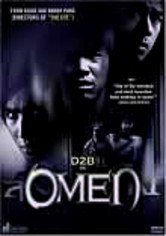 2003 NR 1h 23m DVD
In this creepy thriller written by legendary Hong Kong filmmakers Oxide and Danny Pang and directed by Tamaraks Kamutamanoch, best friends Dan, Beam and Big leave work after an argument and go their separate ways, each having an eerie encounter. As the night wears on, the prophecies of a strange old woman are fulfilled, which leads the young men to believe that one will die before dawn breaks. Can they avert their seemingly preordained fate?