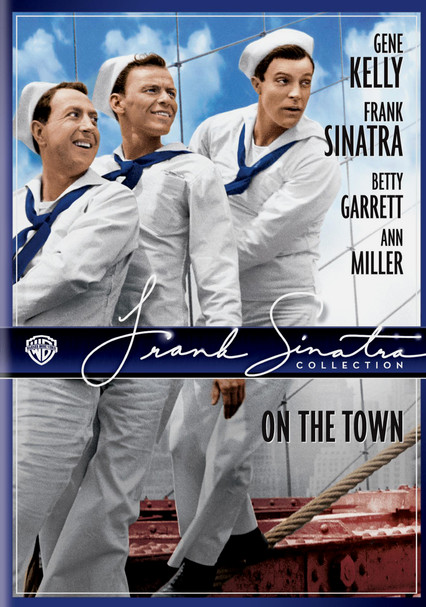 1949 NR 1h 38m DVD
New York, New York, it's a helluva town! Especially if you're sailors Gene Kelly, Frank Sinatra and Jules Munshin, on leave and ready for fun in New York City in this Oscar-winning musical comedy. But they only have 24 hours in the Big Apple. Gabey (Kelly), Chip (Sinatra) and Ozzie (Munshin) each find romance quickly, and they're going to live every second to the hilt. Tunes include "Come Up to My Place" and, of course, "New York, New York."