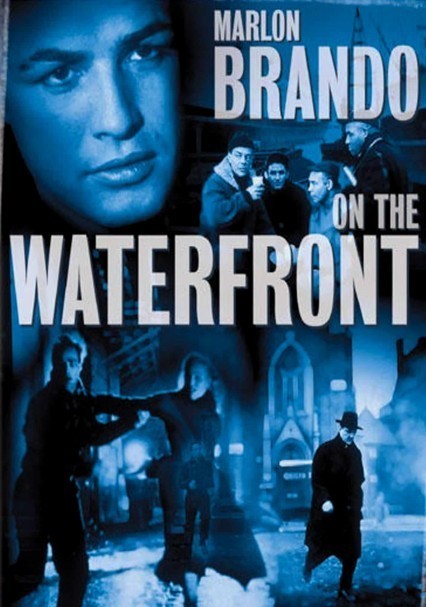 1954 NR 1h 48m Blu-ray / DVD
Winner of eight Oscars, director Elia Kazan's classic morality tale stars Marlon Brando as Terry Malloy, a has-been boxer who experiences a crisis of conscience while working for mobbed-up union boss Johnny Friendly (Lee J. Cobb). Terry turns a blind eye when Friendly's thugs kill a fellow dockworker to keep him from testifying in a corruption case, but he has second thoughts when the victim's sister (Eva Marie Saint) urges him to take a stand.

Parents need to know that this movie raises some important issues about the nature of power.

Fighting; menacing thugs; a body hung on a fence to intimidate another character.

Alcohol in tavern. Terry takes Edie for her first beer, which makes her a little giddy.