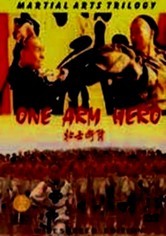 1994 NR 1h 30m DVD
In the final film in "The Iron Bridge" martial arts trilogy, "Iron Bridge" Sam (Do Siu-chun) is the new governor of Canton, China. When Japanese pirates creep into the city, Sam must fight them off. But thanks to government corruption, he must overcome several obstacles first, including insufficient arms and ammunition. Will Sam be able to make people see the right course of action, or will he be forced to take matters into his own hands?