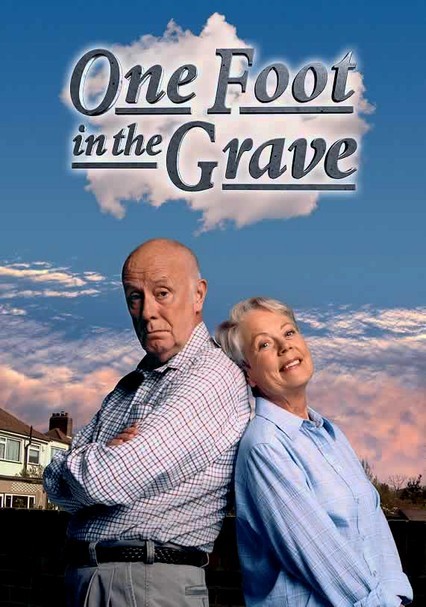 1990 NR 5 seasons
In this highly popular BBC sitcom, cantankerous Victor Meldrew (Richard Wilson) -- who is absolutely convinced the world has gone crazy and he is its only sane inhabitant -- is forced into early retirement when the company replaces him with a computer. But his newfound life of leisure seems to draw all the nuts out of the woodwork. Annette Crosbie co-stars as Victor's long-suffering wife, Margaret.

In the first season of this BBC sitcom, the newly retired and irritable Victor Meldrew (Richard Wilson), 60, tries to get used to his life of leisure, but the world has gone mad, according to him. Meanwhile, his suffering wife, Margaret (Annette Crosbie), can never dodge his moods. Victor must contend with a noisy neighbor, forms a crime-prevention group, attends an atheist funeral, gets mugged and babysits.

It's not easy being the last sane man on the planet -- just ask cranky retiree Victor Meldrew (Richard Wilson), who returns for a third season of the BBC series focusing on his comic misadventures. In the episodes here, Victor heads to the pub for some "mood improvement" after badly fitted doors ruin his day; Victor and Margaret (Annette Crosbie) attempt to survive life without a TV after their home is burgled; Victor gets a job; and more.

Cranky retiree Victor Meldrew (Richard Wilson) continues to turn a jaundiced eye on his surroundings in the fourth season of this popular BBC sitcom. In the episodes featured here, Victor's long-suffering wife, Margaret (Annette Crosbie), discovers that home is the last place she's likely to find peace and quiet after a nervous collapse; Victor tries to liberate a group of ill-treated seniors from the abusive staff at their care home; and more.

Richard Wilson stars in this popular British sitcom as Victor Meldrew, a retired grouch who is most happy when he is driving his saintly wife (Annette Crosbie) bonkers or crabbing about the latest outrage that fate -- or his quirky friends -- has handed him. In this fifth season, Meldrew contends with an incompetent locksmith, refrigerator thieves, a vain neighbor who has her likeness cast in wax and more.

The sixth season of this British television comedy finds idle retiree Victor Meldrew (Richard Wilson) still complaining about the mildest perceived slight, while his wife, Margaret (Annette Crosbie), waits patiently by his side. This time around, Meldrew suffers through a heap of indignities, including a bloody health scare, a fly fishing accident, a series of mishaps during a blackout -- and much worse.