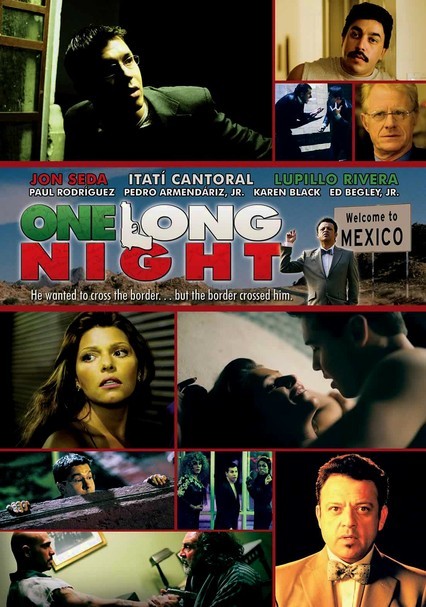 2007 NR 1h 30m DVD
Traveling to Mexico City for the first time, half-Latino American businessman Richard Macedo (Jon Seda) finds himself the next target of a merciless gang leader (Héctor Suárez Gomiz) after witnessing a vicious underworld slaying. On the run in an unfamiliar city, Macedo must rely on drag queens, a stripper and other colorful characters to survive the night. Ed Begley Jr. and Karen Black also star in this action thriller helmed by David Siqueiros.