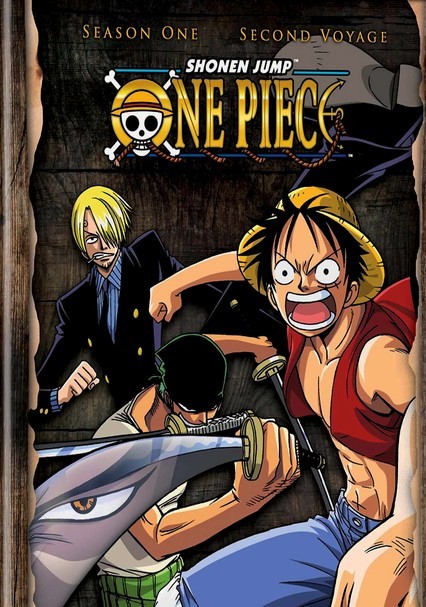 2004 TV-14 2 discs
After the Straw Hats prove themselves in a battle of good vs. evil, Monkey D. Luffy is named captain of The Going Merry in the second voyage of the hit anime featured in Cartoon Network's Toonami programming block. In this adventure, the Straw Hats set sail in search of a cook, but once they find him, he isn't so eager to hop aboard. Together, they continue on their quest to locate the ultimate booty: the lost pirate treasure known as One Piece.