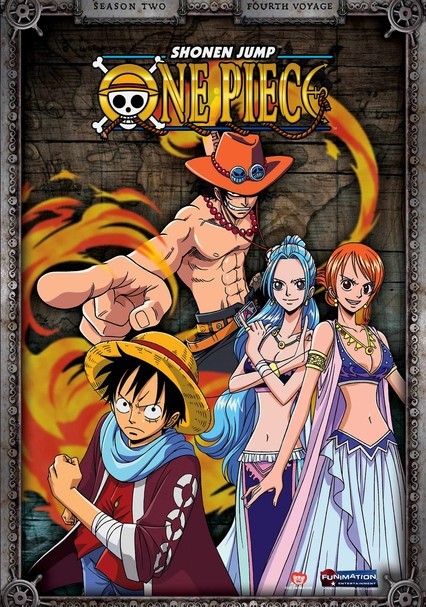 1999 TV-14 2 discs
The adventures of Princess Vivi and the Straw Hat Pirates continue as they at last depart Drum Island for the faraway kingdom of Alabasta, where destiny, war and a few genuine surprises await this merry band. Upon arriving at Alabasta, Luffy reunites with his equally self-indulgent and even more powerful long-lost brother, Ace. Meanwhile, Vivi reconnects with an old friend who just happens to be leading a revolt against King Cobra -- Vivi's dad.