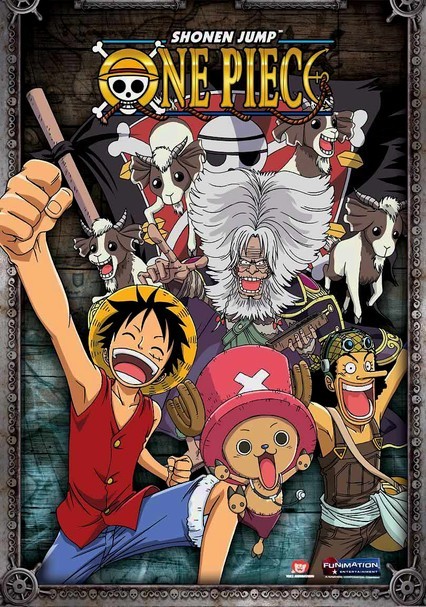 2003 TV-14 2 discs
When the Straw Hats wash ashore on a deserted island, Dr. Chopper and his mateys cross paths with a miserly old man who desperately wants to be a real pirate, so much so that they feel obligated to let him live out his dream. In return, he helps them stage an organized attack on some ships loitering in the Going Merry's wake, which puts them in line to claim the ultimate title: that of Pirate King.