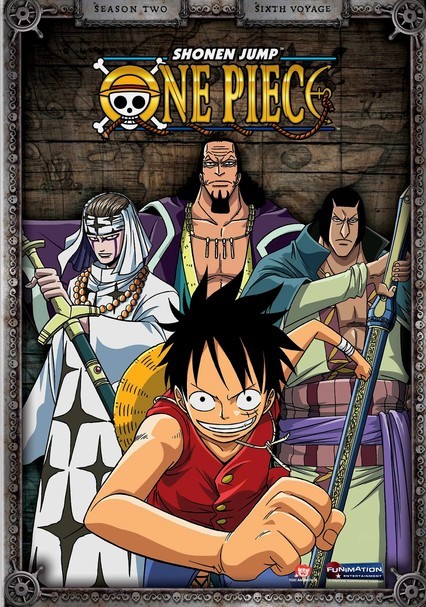 2002 TV-14 2 discs
Pirate adventurer Monkey D. Luffy finds himself in the middle of the war in Alabasta, where five factions are facing off in the capital city of Alubarna. Luffy's crew of Straw Hats must battle to protect Princess Vivi from Crocodile. Just as importantly, the pirate crew must prevent Crocodile from getting his claws on the Pluton Poneglyph, an inscribed stone that will lead him to an ancient weapon of mass destruction.