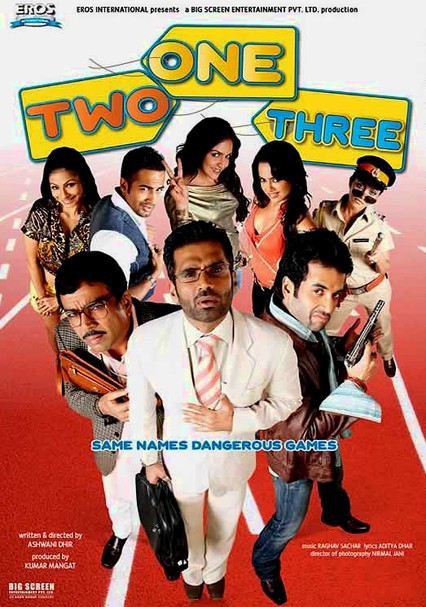 2008 NR 2h 17m DVD
As luck would have it, three men named Laxmi Narayan decide to check into the same hotel on the same day, causing confusion in this comedy of errors from director Ashwani Dheer. One of them is an aspiring gangster (Tusshar Kapoor) who wants to break into the mob. One is a sad sack (Sunil Shetty) who's constantly berated by his boss. And one is a lingerie salesman (Paresh Rawal) with an eye for the female figure.