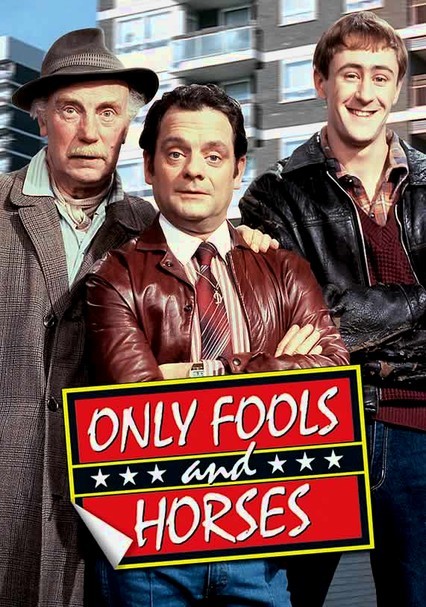 Cockney trader Del Boy (David Jason), his brother, Rodney (Nicholas Lyndhurst), and Grandad (Lennard Pearce) are up to major high jinks in Peckham, South London, in this hit BBC comedy. The group always says they'll be millionaires "this time next year." But between getting involved in gang warfare, building a shelter amid reports of a nuclear threat and Del possibly getting married to Pauline, the laughs pour in even if the cash doesn't.

Cockney schemer Derek "Del Boy" Trotter (David Jason) and his hapless brother, Rodney (Nicholas Lyndhurst), continue to bumble through life in Series 4 and 5 of the popular British sitcom. Series 4 finds Rodney mad for a girl who may be his niece, and Uncle Albert returns for grandpa's funeral. In Series 5, Del fiddles with sun bed controls, and Rodney directs a community film. Several Christmas specials are also included on this disc.

Series six of this popular British sitcom finds enterprising brothers Derek "Delboy" (David Jason) and Rodney (Nicholas Lyndhurst) up to their usual dreams and schemes -- this time, with a little bit of holy matrimony thrown in for good measure. Much of this season's comedy revolves around younger brother Rodney, who's preparing to marry Cassandra (Gwyneth Strong), a girl he met while taking a computer training course.