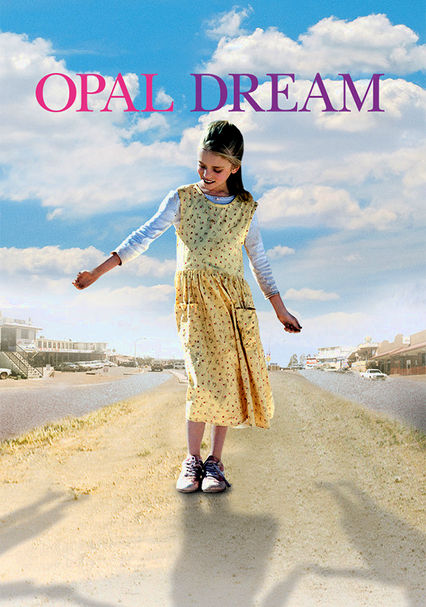 2006 PG 1h 26m DVD
Eight-year-old Kellyanne and her father, Rex, are both unhappily deluded -- and when imaginary pals suddenly disappear, their community looks for them, dispensing a stirring lesson in the value of faith.

Parents need to know that Opal Dream is a 2006 Australian film about the nature of faith and belief with some episodes of illness and violence. The main character becomes sick when her imaginary friends go missing and she thinks they're dead. Also the family is ostracized by the locals when they think the father has poached their land, and the father is beaten up. Older brother Ash has no problem standing up to bullies, and there is a scene where he discovers a rat has been tied to the handlebars by bullies. A few scenes take place in bars and there's a bit of rough language. The film does raise profound questions about what it means to believe in something, and and the transformative power of imagination.

After a father is accused of being a thief, his trailer is set on fire as an effigy hangs. When the father confronts the men who did it at a nearby bar, he is beaten up by six men. A boy finds a rat tied around his bicycle handlebars, the work of bullies who believe the boy's father is a "ratter." While a father trespasses on another man's land, the owner of the land runs out and pulls a rifle.

Infrequent profanity: "Piss off," "bastards." A character is called a "retard."

As the boy Ash says: "When you believe in something, that's what makes it real." The movie makes a strong case for the power of imagination and faith, as well as the benefit of fantasy in a child's life.

A father is often shown holding and drinking from cans of beer, but does not appear intoxicated. Inside a bar, characters drink beer and smoke cigarettes.