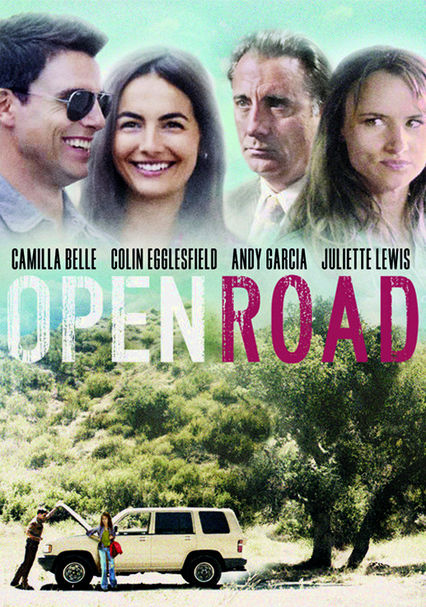 2013 NR 1h 26m Blu-ray / DVD
Academy Award nominees Andy Garcia and Juliette Lewis join Camilla Belle and Colin Egglesfield in this heartwarming coming-of-age story. Angie is a free spirit living on her own terms and occasionally waitressing to make money. But when she makes connections with a drifter, a handsome cop, and his sister, she finds herself torn between her life of absolute freedom and being tied to people who care about her.

Parents need to know that Open Road is a star-studded film (starring Camilla Belle, Andy Garcia, and Juliette Lewis) about soul searching and the importance of family. This melancholy flick has some adult language, including one "f--k" and two instances of "damn." There's also talk of adult relationships and sexuality, one very mild sex scene, and intense scenes of attempted sexual violence, including flashbacks of an attempted rape. With its adult themes, language, and sexuality, this is a film best for teens and up.

Talk of adult relationships and sexuality; a mild sex scene that implies nudity.

Chuck protects Angie from a potential predator with a machete. An attempted rape is shown in flashbacks multiple times.

Be yourself and let others be themselves.

One joke about painkillers and booze. A customer orders a beer in a restaurant.