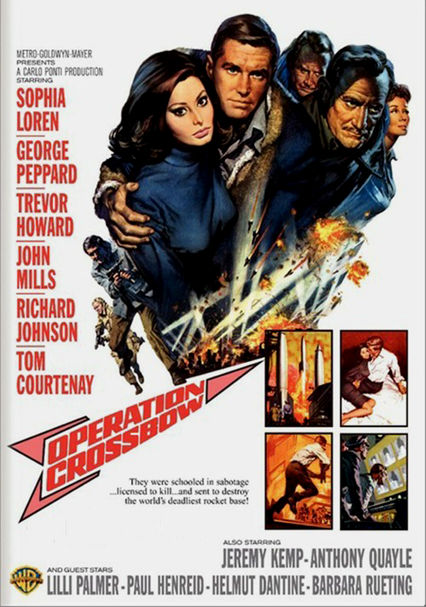 1965 PG-13 1h 55m DVD
As the story goes, three American soldiers (Tom Courtenay, Jeremy Kemp and George Peppard) are ordered to parachute into Germany and destroy a critical Nazi base, a delicate mission that puts the operatives' lives at stake in this big-budget World War II flick. After bombing in its initial release, the film was renamed The Great Spy Mission -- mostly because execs worried that "crossbow" connoted "Robin Hood." Sophia Loren co-stars.