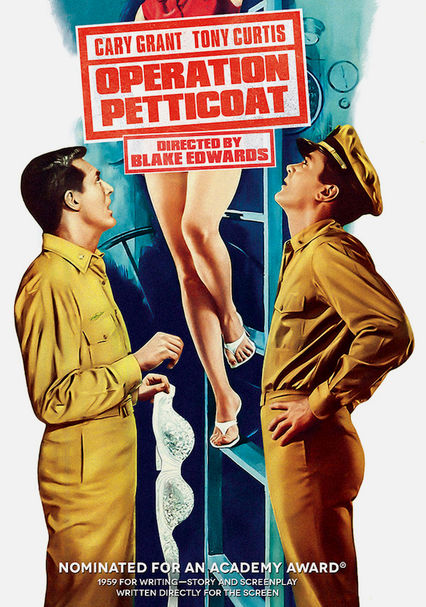 1959 NR 2h 4m DVD
Cary Grant, captain of the &NFiSea Tiger&NFi_; submarine, faces a multitude of hurdles to World War II battle -- severe damage to his vessel, countless supply problems and a conniving supply officer (Tony Curtis) whose combat inexperience is apparent. The plot dives deeper when five Army nurses board the all-male ship and further rock the boat in this lively comedy, which was nominated for a Best Screenplay Oscar. Dina Merrill co-stars.