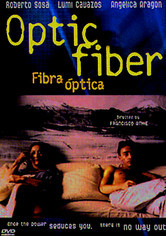 1997 NR 1h 45m DVD
Marco (Roberto Sosa) is a journalist in search of the truth. His integrity puts him at odds with local authorities when he's sent to a corrupt Mexican city to investigate a politician's murder. A Brazilian woman is blamed for the crime, but Marco finds she's innocent. Assisted by his girlfriend, Maria (Lumi Cavazos), Marco seeks the true killer and becomes enmeshed in a world of corruption, prostitution, torture and greed.