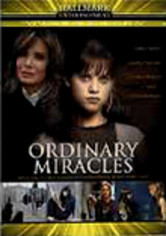 2005 NR 1h 25m DVD
Tough Judge Kay Woodbury (Jaclyn Smith) makes a life-altering decision when she takes in troubled teen Sally Powell (Lyndsy Fonseca) rather than sentencing her to a juvenile correctional facility in this heartwarming drama from director Michael Switzer. Kay tracks down Sally's absent father, Jim (C. Thomas Howell), and hires him as a landscaper. The three form an emotional bond, but will it prove to be a lasting relationship?