Origin: Spirits of the Past 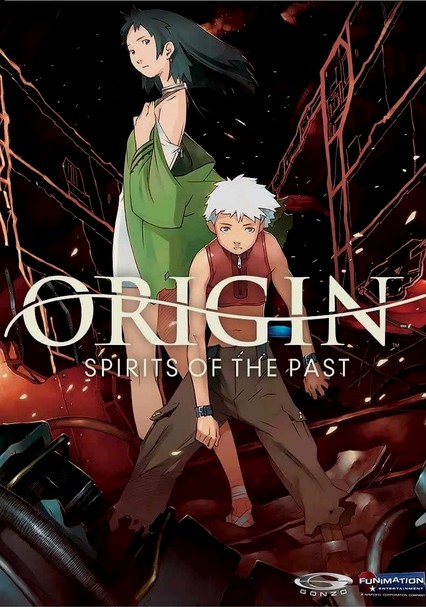 Origin: Spirits of the Past

2006 TV-PG 1h 30m Blu-ray / DVD
In the wake of a large-scale disaster that literally shatters the moon, plants -- not humans -- become the world's most intelligent life forms, until a young boy discovers a mysterious girl who's been in a state of suspended animation for 300 years. Her awakening threatens to disrupt the expansive and long-dominate Forest. Keiichi Sugiyama directs this futuristic anime that explores the delicate interplay between man and his natural environment.

Parents need to know that Origin: Spirits of the Past is an anime movie released in Japan in 2006 with a moderate amount of fantasy violence, without blood or death. It does contain some imagery that could feel nightmarish or disturbing to younger viewers. However, the message about learning to live in harmony with nature is a positive one. There's some minor flirting between tween/teen characters. Note: The version available streaming on Netflix is dubbed in English, but viewers who rent or buy the DVD will be able to choose between it and the Japanese language track with English subtitles.

The characters flirt just a little. The boys seem to agree that the new girl is cute, and they joke around about who's going to get to marry whom.

Moderate fantasy violence including some slightly nightmarish imagery, with occasional bursts of fighting and shooting, without any blood or casualties. The fighting usually involves large machines or big groups. The final battle between one good guy and one bad guy gets a little stranger as the characters gain superpowers, grow tree limbs, and convert themselves into plants.

A strong positive message about the value of humans living in harmony with nature, each working together in conjunction with the other.