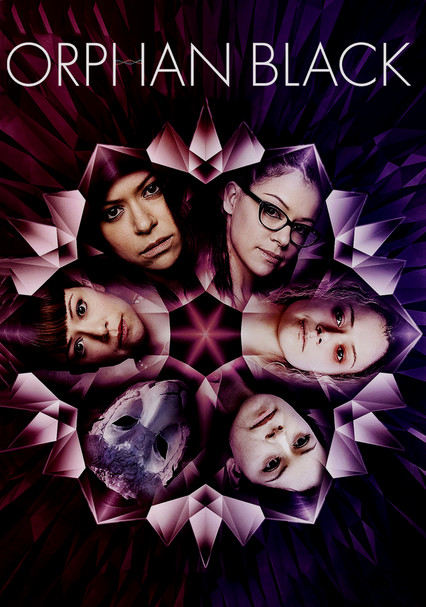 2013 TV-MA 5 seasons
When Sarah witnesses the suicide of a woman who looks just like her, she assumes the deceased's identity, her boyfriend and her bank account. Soon, she finds herself caught in the middle of a deadly conspiracy.

Sarah hopes her life will change for the better when she assumes the identity of her dead doppelganger, inheriting both her bank account and her boyfriend. Instead, she finds herself at the center of a supernatural conspiracy.

In her search for the missing Kira, Sarah Manning crosses paths with elite clone Rachel Duncan, a Dyad group member who proves to be Sarah's nemesis. Determined to hold on to her freedom, Sarah prepares for an all-out battle with the clone forces.

BBC series Orphan Black returns with Season 3. Sarah escapes from DYAD and the ruthless clone, Rachel and is faced with the crazed, captive Castor clone, Rudy. Sarah rallies her sisters in the quest to reunite the family and find peace once and for all.

Clone sisters Sarah, Alison and Cosima continue their existential struggle with Castor. Meanwhile, they're forced to use radical tactics against another enemy to prevent their true identities from being discovered.

In the final season, Sarah and her many clones pursue their individual agendas -- some with good results, while others aren't so lucky -- as the show explores the concepts of prolongevity and life extension.