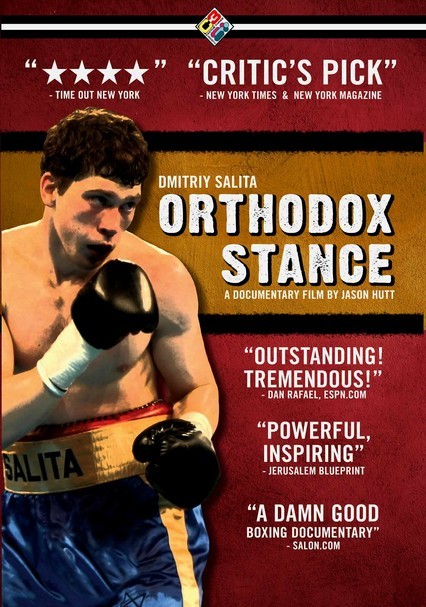 2007 NR 1h 23m DVD
Russian immigrant Dmitriy Salita juggles his two worlds as a boxer and an Orthodox Jew in this fascinating documentary that follows the diligent young fighter's struggle to devote himself to both of these elements in his life. Guided by prominent trainer and Starrett City Boxing Club founder Jimmy O'Pharrow, Salita wins New York's Golden Gloves championship, then soon turns pro -- but refuses to compromise his religious beliefs.