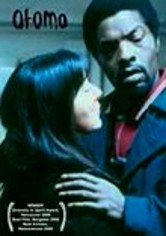 1999 NR 1h 24m DVD
Based on actual events but fictionalized for dramatic effect, this powerful film from director Frieder Schlaich charts the struggles of West African refugee Frederic Otomo (Isaach De Bankole) as he fights to survive intolerance in the streets of Stuttgart, Germany. Unable to work because he lacks the proper documentation, Otomo is forced to rely on charity until his frustration leads to violence and he breaks the arm of the law.