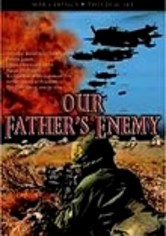 1943 NR 2 discs
Travel back in time with this compilation of documentary films, U.S. propaganda pieces and focused narrative journeys that chronicle the conflict between America and Japan during World War II. Seven vintage reels and training films present a glimpse into the past and provide a fascinating historical context for the famous enmity. Among the offerings in this collection is "Know Your Enemy: Japan," a film directed by Frank Capra.