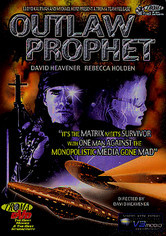 1999 NR 1h 30m DVD
Writer-director David Heavener wants to do more than just entertain in this film, he wants to instruct ... with a message. An intergalactic television star created solely to entertain a galaxy of viewers addicted to violence soon rebels against the show's evil producer. Think of the film as a distaff version of Rollerball without the balls ... or skates. Stars Rebecca Holden and Davita Sharone. Also included are seven special featurettes.