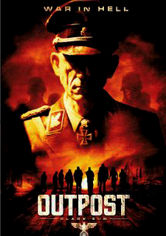 2011 NR 1h 41m DVD
Two Nazi chasers team up with a Special Forces unit to track down a World War II-era machine that rendered Nazi soldiers invincible -- and immortal. The machine and its creator must be stopped before the growing zombie horde spawns the Fourth Reich.