Outskirts / The Girl with the Hatbox 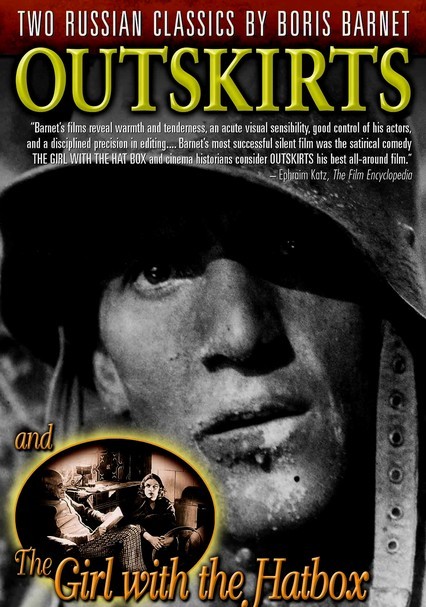 Outskirts / The Girl with the Hatbox

1927 NR 2h 43m DVD
Two of Russian director Boris Barnet's films are featured here, starting with Outskirts, in which the inhabitants of a small Russian village struggle to carry on during World War I as conflict rages within and beyond the walls of their village. The Girl with the Hatbox takes a humorous spin on the life and times of a young girl named Anna (Anna Sten), who works in a hat store and desperately seeks a missing lottery ticket.