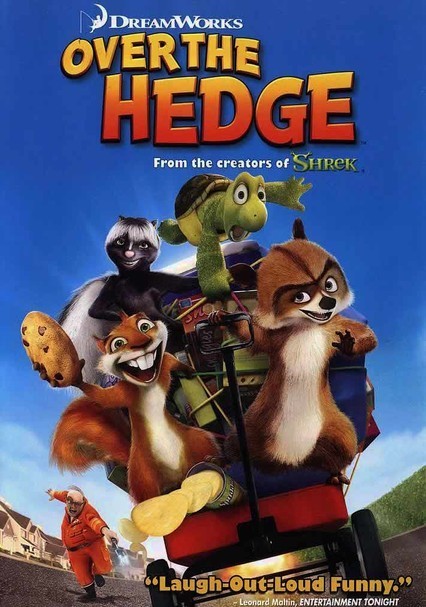 2006 PG 1h 23m DVD
Awakening from a long winter nap to find a subdivision in their backyard, a colony of critters led by a cautious turtle is forced to face its worst fear -- humans -- with help from a clever raccoon.

Parents need to know that this animated movie includes a fair amount of cartoon violence. Characters are crushed, blown up, flattened, banged, burned, and bounced -- all in good, Chuck-Jones-influenced fun. Animal protagonists steal food from each other and from unsympathetic humans. When a raccoon steals a bear's winter stash of food, the bear threatens retaliation and the raccoon fools other "foragers" into stealing food from humans to repay the bear and save himself. A human exterminator brings traps and brutal gizmos (his truck is adorned by a man slamming a bunny with a hammer). This exterminator suffers physical abuses (zapped by his own traps). Younger kids will laugh at the obvious stuff and won't get the edgier humor aimed at older audiences, so this is one that several age groups can enjoy together.

Characters lie and steal, but learn to appreciate self-declared/non-blood families.