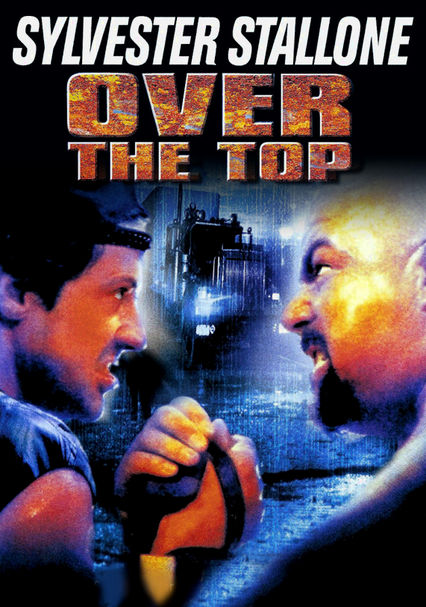 1987 PG 1h 33m Blu-ray / DVD
Trucker Lincoln Hawk hopes to reunite with the son he abandoned years earlier. Standing in Hawk's way is the boy's unforgiving grandfather, who will retain custody of his grandson unless Hawk wins the prize money in a national arm-wrestling contest.

Parents need to know that Over the Top is a 1987 movie in which Sylvester Stallone plays a truck driver trying to make amends with his estranged son while also trying to redeem himself by winning an arm-wrestling tournament. The music, montages, and hair alone make this movie more '80s than the '80s were, and for all its cheese, it still manages to be entertaining. There is violence: fistfights, car chases, and, of course, lots and lots of arm wrestling. A boy is bullied, but the whole situation arises because his father asks the bullies to arm-wrestle the boy; the bullies proceed to call him names like "wimp" and "girl" before the boy finds it within himself to out-arm-wrestle the bullies. There is also some profanity, including "s--t" and "a--hole." Product logos are rampant, especially at the end for the big arm-wrestling championship.

A boy runs into oncoming highway traffic to escape his father, narrowly avoids getting hit, and causes an accident. Fistfights in a bar. Some bullying -- a boy arm-wrestles another on a pinball table and makes verbal threats about ripping his arm off. A boy runs away from his grandfather's mansion and steals a truck; he's underage and drives recklessly. A car chase leads to a crash.

Beer drinking in a bar. A boy's grandfather drinks alcohol.