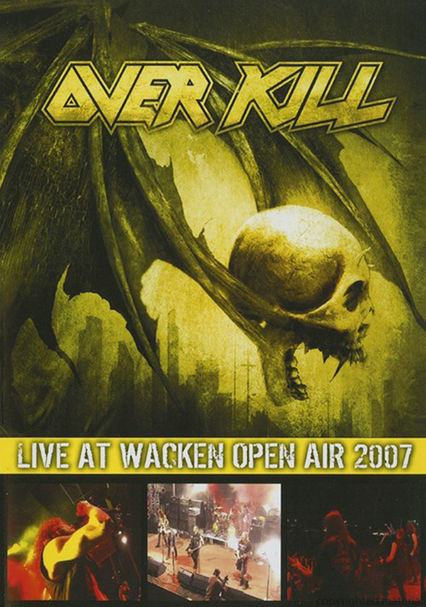 2007 NR 0h 50m DVD
The New Jersey-based thrash rockers of Overkill hop a plane to play heavy metal abroad at the annual Wacken Open Air Festival in this full-length concert filmed live in the small German town in 2007. The set list includes "Walk Through Fire," "Necroshine," "Elimination," "Rotten to the Core," "Wrecking Crew," "Old School," "In Union We Stand," "Skull and Bones" and "Thanx for Nothin'."