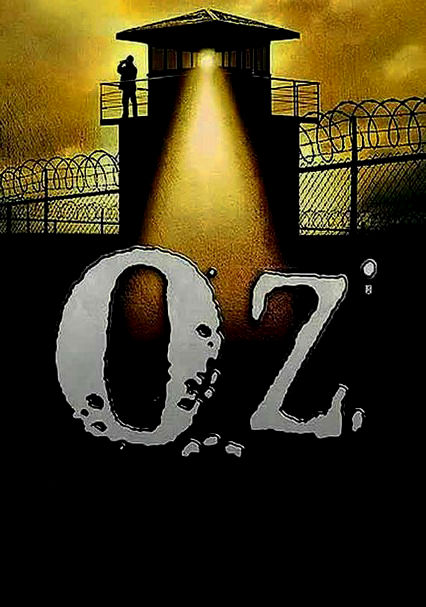 1997 TV-MA 6 seasons
HBO's edgy series is set in Emerald City, an experimental unit of a maximum-security prison that focuses on prisoner rehabilitation. In this world, however, prisoners must choose cohorts carefully, because every gang has its friends -- and enemies. This intense, long-running drama from producers Barry Levinson and Tom Fontana features an enormous ensemble cast, including Ernie Hudson, Harold Perrineau, J.K. Simmons, Rita Moreno and Edie Falco.

In the first season of HBO's edgy series, life at Oswald State Correctional Facility is examined as a whole new crop of prisoners pile in. The governor has reinstated capital punishment in the state, and the first Oz prisoner is scheduled to die. Also, family and friends visit, Ortoloni faces a certain fate, a cannibal enters the scene and all the while, Warden Glynn (Ernie Hudson) tries to control the land.

HBO's controversial hit drama series continues, following the extremely violent way of life inside an experimental unit of the Oswald Maximum Security Prison (aka "Oz") as warring factions within the system constantly try to gain the upper hand. New prisoners in this frightful, gripping world include the sexually provocative child killer Shirley Bellinger and a guilty priest who'll be forced to pay a terrible penance.

This Emmy-nominated series from HBO was groundbreaking when it began, and continues to thrill in subsequent seasons. Emerald City, an experimental unit of the Oswald Maximum Security Prison, focuses on prisoner rehabilitation over public retribution. In this world, every gang has its mutual friends -- and mutual enemies -- and the third season sees animosity grow and relationships become more complex in the gritty world behind the prison walls.

Oswald State Penitentiary (aka "Oz") is in complete lockdown at the start of yet another gripping season of this shocking HBO drama series, and tensions are at their highest as Warden Leo Glynn (Ernie Hudson) tries to broker peace. In the meantime, Beecher (Lee Tergesen) and Keller (Christopher Meloni) have a difficult time keeping their liaison a secret, and the rest of the prisoners try to make a difficult existence that much more manageable.

HBO's no-holds-barred chronicle of life in the pressure cooker of Oswald State Penitentiary (aka "Oz") returns for another compelling season. Prison renovations notwithstanding, the cycle of violence rages on as the many alliances within Oz -- including the gangstas, the Aryans, the Muslims, the Latinos and the Italians -- wrestle for power. The season is comprised of eight episodes; special features include deleted scenes.

The sixth and final season of HBO's groundbreaking series delivers everything fans of the show would expect. Oswald State Penitentiary has reached its boiling point, and none of its residents will escape unscathed. Add to the mix the intrigue of the inmates' preparation for a performance of "Macbeth," and the climax of this volatile series promises to be explosive. Special features include commentaries and deleted scenes.