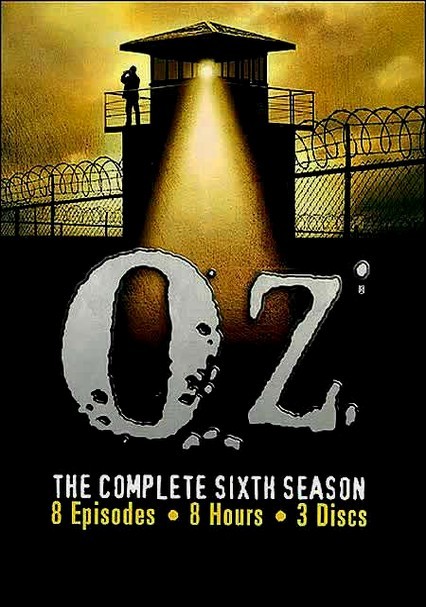 2003 TV-MA 3 discs
The sixth and final season of HBO's groundbreaking series delivers everything fans of the show would expect. Oswald State Penitentiary has reached its boiling point, and none of its residents will escape unscathed. Add to the mix the intrigue of the inmates' preparation for a performance of "Macbeth," and the climax of this volatile series promises to be explosive. Special features include commentaries and deleted scenes.