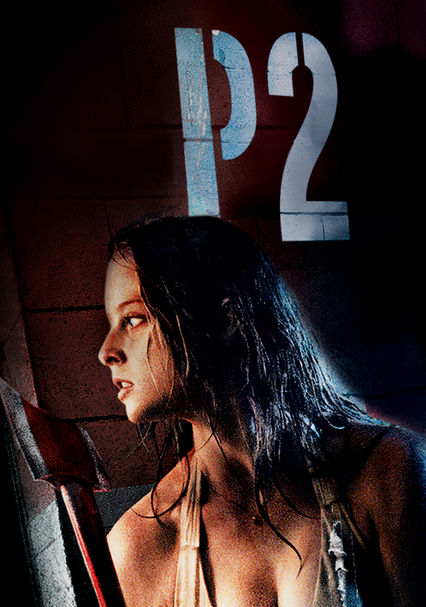 2007 R 1h 38m DVD
Businesswoman Angela Bridges is stranded in a parking garage on Christmas Eve when she meets Thomas, a security guard. After Angela turns down his dinner invitation, Thomas spends the rest of the night terrorizing her as she tries to escape.

Parents need to know that this is a gruesome thriller about sadistic captivity and male sexual obsession. Even with its tiny cast, it manages to squeeze in scenes of close-up mutilation and bloody savagery, thanks to murders of both people and a dog. The heroine is forced to wear a revealing, skin-tight dress for most of the movie; there's also some swearing (including "f--k" and "c--t") and an intense sense of peril and helplessness.

The leading lady is (unwillingly) put in a revealing dress for most of the movie.

Graphic scenes of a man beaten and hit by a car until his entrails spill out. Another victim gets a blade in an eyeball. A fork is plunged into a shoulder. A character is set on fire. A snarling dog bites, then gets stabbed/bludgeoned to death.

Language includes use of "f--k" and "c--t" (the latter of which has severe consequences).

No characters worth admiring (viewers don't really learn much about any of them at all). Angela fights back against her tormentor in a display of what the filmmakers would probably like to say is "girl power" or "feminism," but it's never effective enough, and she ultimately takes lethal revenge rather than letting the law step in.