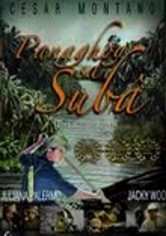 2004 NR 1h 42m DVD
In the Japanese-occupied Philippines during World War II, a romance between a village girl and a boatman is hindered by family opposition and political chaos. While the lovely Iset (Juliana Palermo) wants nothing more than to marry fellow villager Duroy (director Cesar Montano), her parents have promised her to an American plantation manager (Philip Anthony). Further complicating matters is the Japanese officer intent on wooing her.