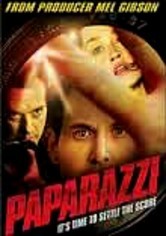 2004 PG-13 1h 25m DVD
Incessantly dogged by a pack of photographers, action-movie star Bo Laramie takes matters into his own hands after they precipitate a car accident that leaves his wife and son fighting for their lives.

Parents need to know that this film contains a lot of violence including two frightening car crashes, a shooting, an attempted rape, and a brutal fistfight. A woman is drugged, raped, and blackmailed with a videotape depicting these events. Characters use strong language and drink. This vindictive film is inappropriate for anyone under the age of 15.

Car crashes, a shooting, an attempted rape, and brutal fistfights.