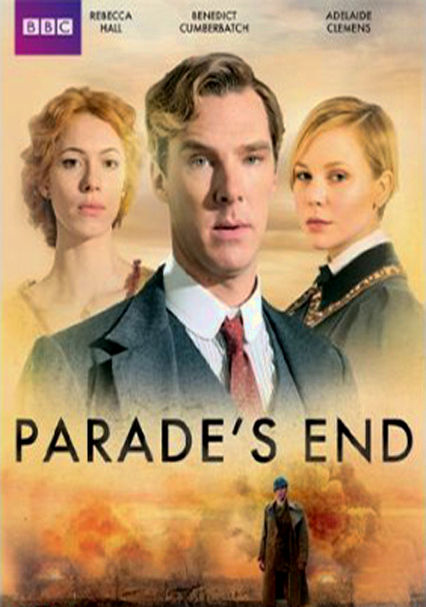 2012 TV-MA 1 season
Set during World War I, this miniseries based on the novels by Ford Madox Ford chronicles the tangled relationship between aristocrat Christopher Tietjens, his beautiful but unfaithful wife and an idealistic young suffragette.

Set against a backdrop of profound change in England, this World War I-era miniseries follows the love triangle that forms between an aristocrat, his unfaithful wife and a dedicated young suffragette.

Parents need to know that Parade's End is a British period drama miniseries with some graphic war scenes and sexual content. The war story is secondary to that of a conflicted aristocrat torn between two women and opposing sets of ideals, and subsequently action usually takes a backseat to character development. Later episodes in the five-part series feature war scenes with bloody violence, death, and palpable tension in the trenches. A woman's philandering ways yield bedroom encounters that show adults kissing, removing clothing, and briefly baring the woman's breasts. Expect some strong language ("bitch," "Goddammit," "whore") and immoral actions on the part of many adults. Ultimately, though, all of this sets the stage for the protagonist's emergence as a shining example of honesty and high principles in a world of crumbling ethics.

Rampant extramarital affairs, especially in Sylvia's case. She's seen with multiple partners over the course of the story, and her loose morals are a major plot point. Couples are shown kissing, fondling, removing each other's clothes (breasts are visible, but no other sensitive areas), and presumably prepping for intercourse.

War scenes marked with gunfire, grenade explosions, and some hand-to-hand combat. Dead and dying bodies litter the ground, the threat of death looms powerful, and injuries that are shown are gory. Some familiar characters are killed.

Themes revolve around the concepts of "right" and "wrong" and beg questions about who defines them and what happens when people's ideals are at odds. Self-sacrifice is another theme that relates to characters who put themselves in the middle of political issues, personal disagreements, and a war. Those who seem to have it all often are the most unsettled. The story introduces viewers to the historical significance of events in England during the time leading up to World War I.

Adults typically drink in social gatherings, and men often sip from a flask throughout the day. An army corporal's drinking problem causes trouble for his battalion.