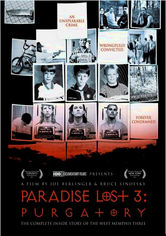 2011 NR 2h 1m DVD
This third installment in a series of films investigating the wrongful murder convictions of three teenagers known as the West Memphis 3 examines their 1993 arrests, the movement to free them, and new DNA evidence resulting in their 2011 release.