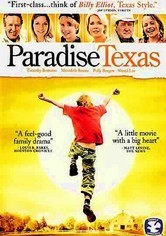 2005 PG 1h 30m DVD
Discouraged veteran actor Mack Cameron (Timothy Bottoms) feels like a mere shadow of his former self until an exuberant young boy reignites his passion for life. After years spent away from his family, Mack accepts a role in a low-budget film in production near his hometown. The environment rejuvenates Mack and seduces him into a second childhood, but his carefree actions come at a heavy cost. Meredith Baxter and Polly Bergen co-star.